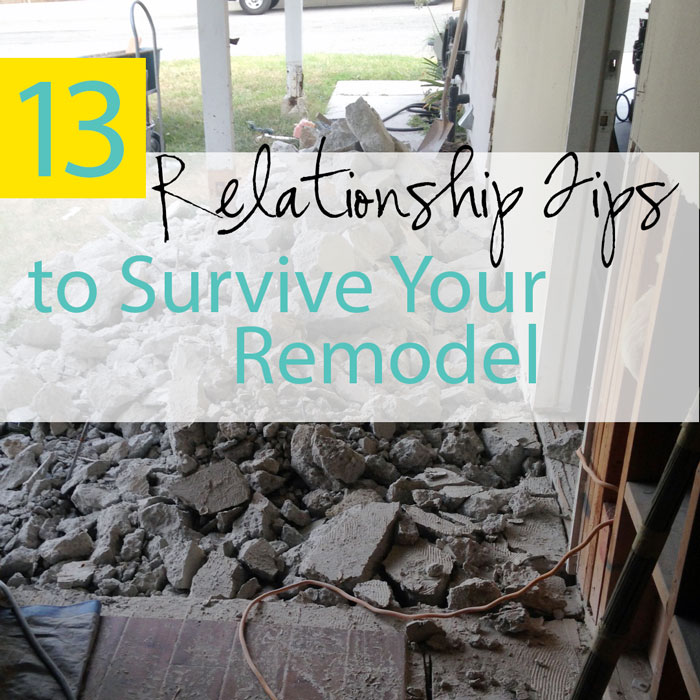 Mike and I woke up the morning we decided to tear apart our house and looked at each other and said, “Well, where should we start?” We didn’t really go into it with any specific plan – since we had to demo so much. Lack of planning definitely lead to disagreements and some heated arguments – but by following these tips our marriage not only survived an entire house over haul – it became stronger and richer.

Be Flexible
This tip is number one for a reason. There will be days when your real life will take precedence. There will be many set backs – you won’t pass inspection, your special order items are on back order (and then when you get it, it’s too freaking big), your friends aren’t available to help, you get really sick, or worse you get pregnant (j/k best thing ever). In all of it choose to be flexible. Rome was not built in a day – and neither will your house – especially when you are doing everything yourself. Don’t tell yourself, “Well I can’t relax, that’s just not how I’m built”…no one is born an anal retentive weirdo. Just imagine yourself on a beach somewhere, with a mojito in one hand, your sun glasses on and your favorite music playing in the background while someone is rubbing sunscreen on your shoulders. See what I did there? That brings me to point number 2.

Lie to yourself.
I mean it. Go ahead. This is the one time in my life I think it’s okay to lie (well to be honest, I also lie about Santa Clause, the Easter Bunny, the Tooth Fairy and where babies come from…but I digress…) Tell yourself you are awesome (even if you probably aren’t). You’ve heard it called positive affirmations. I call it what it is – flat out, bold faced lying. Believe you are stronger than you are, that you aren’t afraid of heights, that you can nail in one more truss clip, and that you have just one more day until you’re all done (even if it’s the first day of demo – or the 1,000th). It took us almost a year just to draw up the plans and get the city to approve them and it took us almost twice that to tear down and rebuild our house. But each day I told myself just one more day – even when we were living in the world’s tiniest trailer I’d say, “Just one more day”. The human mind is a powerful thing.

Communicate better with your partner
With the final stamp of approval that our planner gave us she simply stated, “Don’t let this project break you. Make sure you communicate with each other.” So, I will also pass on her advice. Communicate – without playing mind games, without trying to be the victim, the martyr, the “insert stereotype here”. Be honest, straight-forward and always kind. At times your partner will be doing an awesome job – make sure you tell them…at others they will be failing – be honest, but kind. Do not belittle, call names or cast blame.

Repeat: Do not blame
It may just be your fault when something goes horribly wrong because A) maybe you didn’t do it right or B) maybe you didn’t do it at all. When you both are doing everything yourself, chances are, at some point everyone is going to be at fault for something. So, when you open the black hole of resentment and blame – close it up, because tomorrow it could be your turn to take the blame and if you give your partner a break – maybe he’ll give you one too. And when did assigning blame ever get anything done? Remember the immortalizing words of the great orator Kimberly “Sweet Brown” Wilkins, “Ain’t nobody got time for that.”

Accept that sometimes you don’t have all the answers and neither does Google
Mike likes to remind me – often – about an ongoing fight we would have (more like bickering or a squabble but I hate how those words make me sound like I’ve pulled out the thesaurus). The basis of the fight was that I believed our addition could be done a certain way and Mike, knew, without a shadow of a doubt, that 1) it could not possibly be done the way that I said it would and 2) that he was right and I was wrong. Gawd. I hate being wrong. Anyone else out there hate being wrong? Doesn’t it just feel so good when you prove yourself right? But boy…was I ever wrong on this one. He didn’t gloat too much (but he does bring it up an awful lot. I hope he’s reading this so he can see where he needs to be a better partner. j/k he’s awesome). The counterpoint here – and I think it’s what saved us, I am okay with being teased, corrected and taught – so it kinda cancels out how much I can’t stand to be wrong. Be okay with not being right all the time – it’s how we learn. And if you love being right, chances are you probably also love to learn and crave knowledge. Let people teach you.

Take time out for eachother
The remodel will still be there tomorrow. We took a week-long break to go to the Dominican for a friend’s wedding sans kids. It ended up being smack dab in the middle of our remodel and it was probably the best thing we did for eachother and our relationship and our remodel.

Spend time with friends
Remember, if you shun your friends they aren’t going to help you on your project. And you need their help. Plus you need a break from your reality.

If you have kids
Give them tasks to do. Make them help you – so long as it’s safe. The girls helped paint, carry wood, E even chipped off mortar from some blocks so that we could re-use them. They were our gophers and helpers and because of that they actually have a lot of pride in the house we built together. Also, remember, they are kids, and they are only young once. Take time as a family to let the kids be kids.

Compromise
Just Do It. I know it sucks. I know it’s up there with not being right. But guess what, it feels good (eventually) and it’s going to come back – in a good way. It’s like karma.

Give your spouse the benefit of the doubt
I can’t count how many times Mike would collapse into the trailer after endlessly hot days of working on the house when I’d been at work in an air conditioned room the whole time and it would seem like we weren’t getting framing done as fast as I’d thought we could. Don’t be a jerk. Remember, they want it done just as fast and just as right as you do. Give them that. They are working really hard and a lot of times it really does look like nothing is getting done – especially when you are framing everything because there are so many little freaking metal plates and straps and crap that have to be hand nailed in. And that takes time. Too much freaking time.

Don’t let this project consume your happiness, your love and your relationship
Nothing, no project, no event, no person, no thing should ever have the power to mess up the good thing you’ve got. Use this project as a way to grow closer not pull you apart. Laugh about your failures and short comings, celebrate your accomplishments, compliment eachother – on your new tans, sexy bods, great work, whatever. Be a team. Remember why you are doing this project – to benefit your family. Period. So don’t let it destroy it. Your partner is your greatest ally – treat them like it.

Bond over other people’s mistakes
Instead of fighting or pointing the finger (that’s your friend or your dad etc) we joined forces and laughed about the short comings of our friends. When my dad got in a fight with our roofer and he almost walked off our job, we laughed about it. When Will built our stairs with a slope and we had to shim/sand/square up every.single.step, we laughed about it. We still laugh about it because our stairs are squeaky as hell. When our professional tile setters nailed holes into our shower pan we fought about it…see we fail. But, we totally joined forces and got a free steam room/shower for it.

Accept help from others or pay someone to do it
We did our addition for $70/s.f. That’s about $130-$150/s.f less than if we had paid a General Contractor to come in and do it for us. We did a lot of it ourselves. However, there were things we paid someone else to do either because we needed a break (DR and our annual Yosemite trip), needed to go to work (two weeks on a fire for Mike), or we just could not do it ourselves (hot mop shower pan, concrete finishing, finishing drywall). You will still save money and your relationship will be better for it that you didn’t fail on a big ticket item that has to then be fixed by a pro (our fail – Red’s balcony deck).

Remember, you will get through this project – one way or another. You want to be able to look back on it and laugh with a happy heart – filled with great memories of over coming challenges while building your home and your relationship. You don’t want it to be the thorn that ripped your family a part. 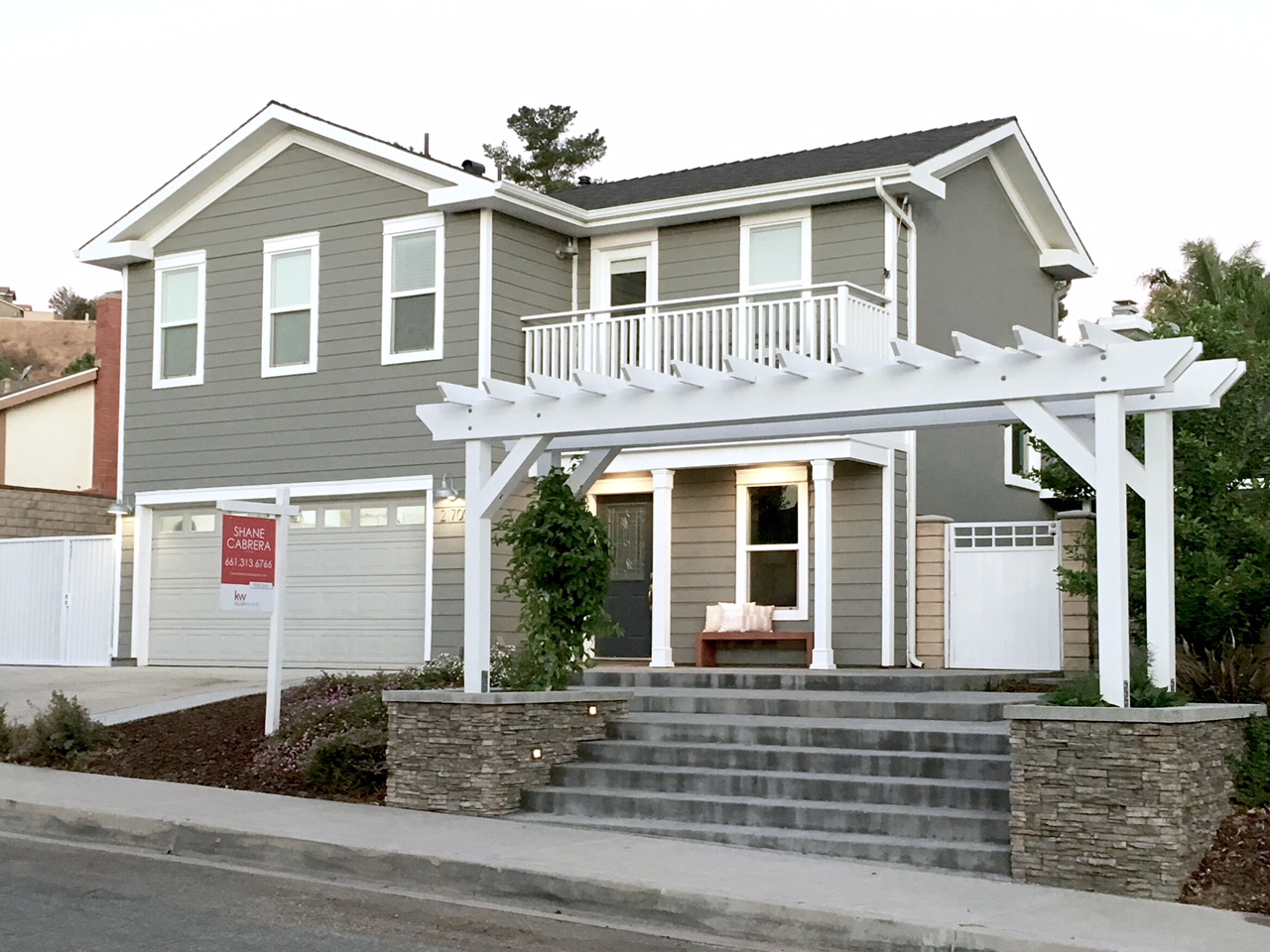 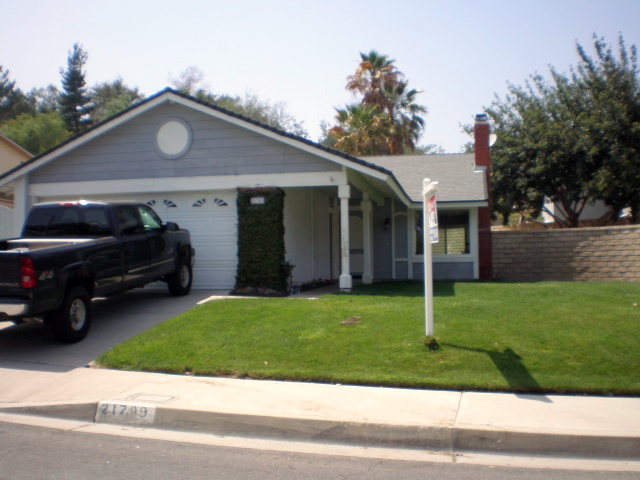 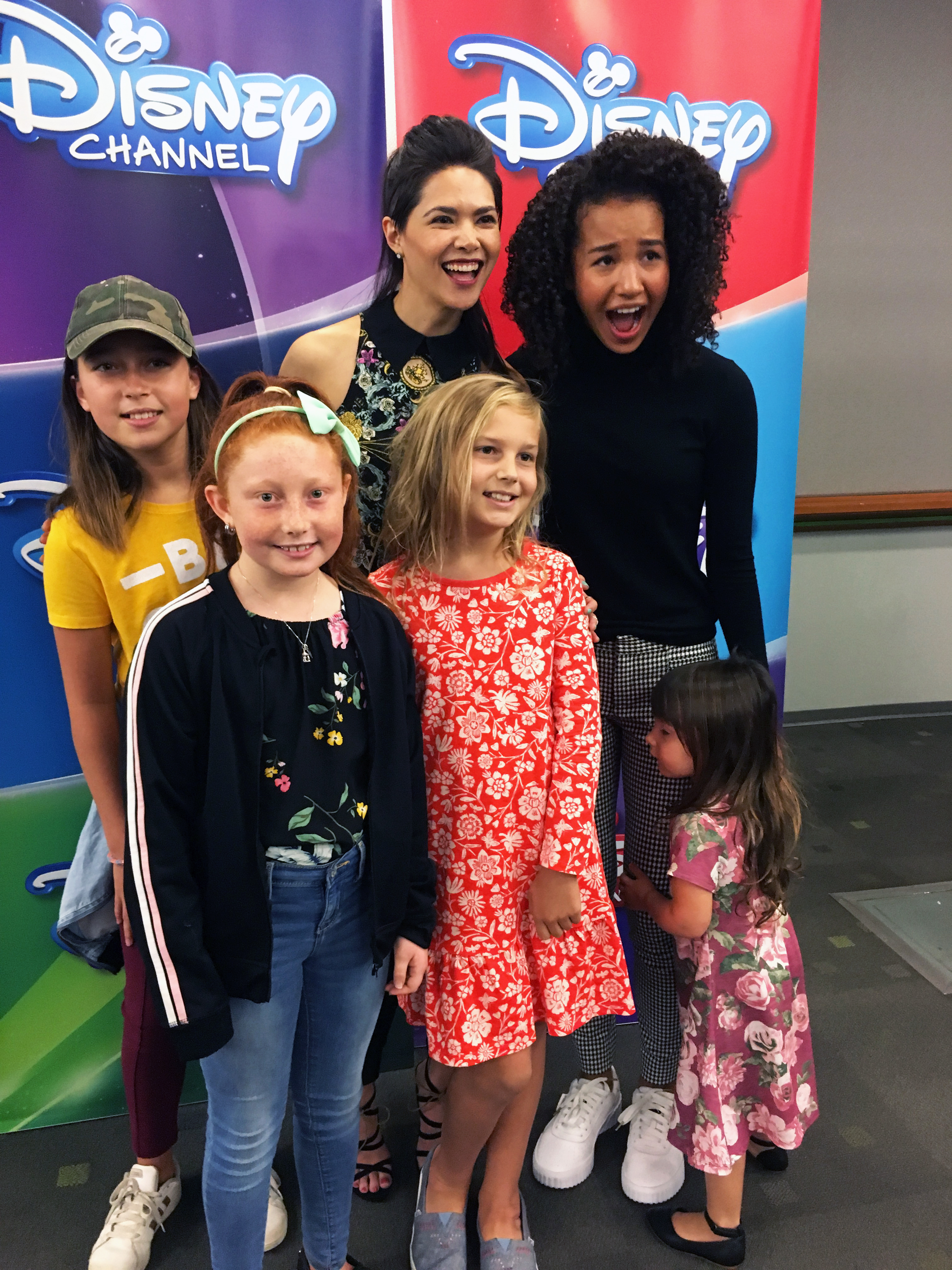