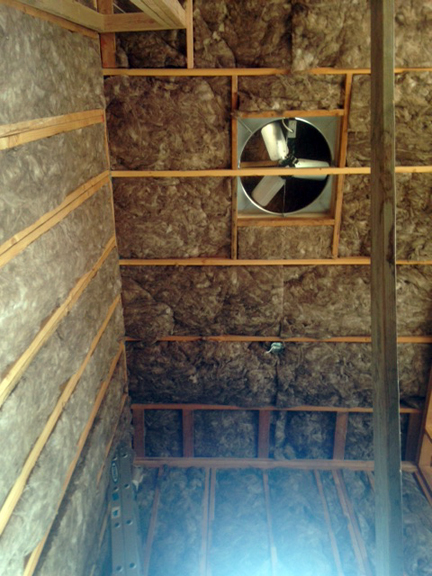 The most important part of installing insulation is prepping yourself. Wear goggles, a mask, gloves, hair cover (I wore something like a shower cap, sexy I know – I’m not into selfie’s so you’ll just have to take my word on this), long sleeves (that tuck under gloves), long pants (that tuck into husbands socks), and some form of footwear you may be willing to throw out later. For reals people this stuff sucks. The last thing you want is to let it touch you. Then you just stick it in the wall. If you have to cut it, use a board as a guide and a very sharp razor (not scissors like I did). M set up a neat little cutting jig from an 8′ piece of OSB with marks on it that helped you end up with the right size piece. You just lay it on top of the fiberglass then run the razor along the edge and voila perfectly sized/cut fiberglass.

I learned about the suckiness of insulation a loooong time ago. When I was just a kid – maybe 5 or 6, my parents were renovating their house (big surprise) and had stored their insulation in our barn out back. My friends and I decided it would make the perfect playground and we rolled and jumped for a few hours (possibly most of the day) in about 20′ x 40′ of pink fluffy stuff. It had the pink panther on it, how could it not be fun, right? If you aren’t cringing it’s because you haven’t installed fiberglass insulation before.

Red cries, CRIES when it touches her feet. Okay, she’s a bit of a drama queen. But honestly. This stuff sucks.

So back to me, covered head to tow, M’s at work and I decide we passed combo, time to insulate. When he came home most of the exterior walls were done. He and I worked on the ceilings together and it took us 2 nights to do it. This was the one part of the entire project that I had been dreading the most. I’m so glad it’s over. We still plan on insulating all of the interior walls, but we won’t do that until after the drywall is on one side of the walls for backing and who knows maybe I’ll be “at work” when that goes in.

Yesterday, after we passed our insulation inspection we were so excited to start drywalling we put the ceiling up in the guest bath. 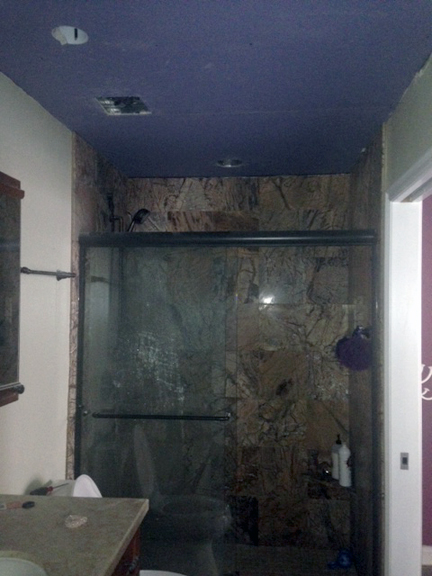 I finally feel like we are on the downhill part of our mountainous journey. Drywall, trim, paint and floors not too bad! 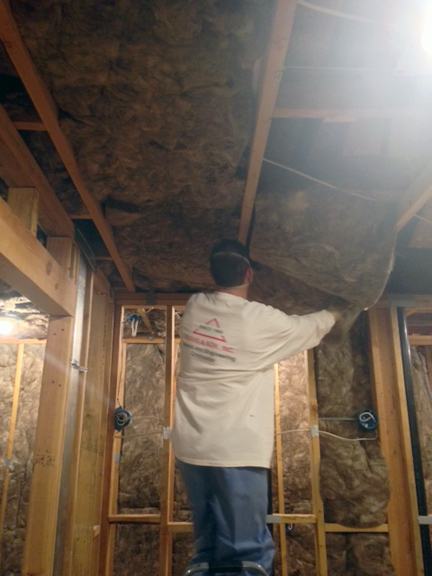 Between the sub floors: 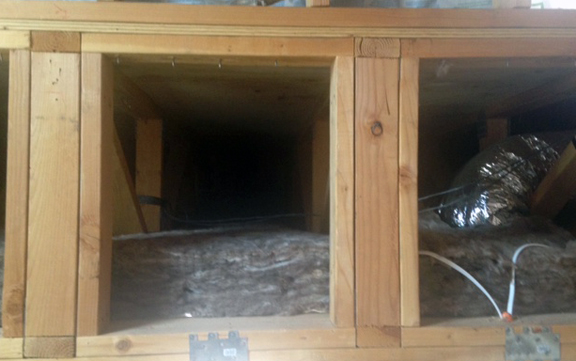 Master Bed/bath and E’s room in the distance: 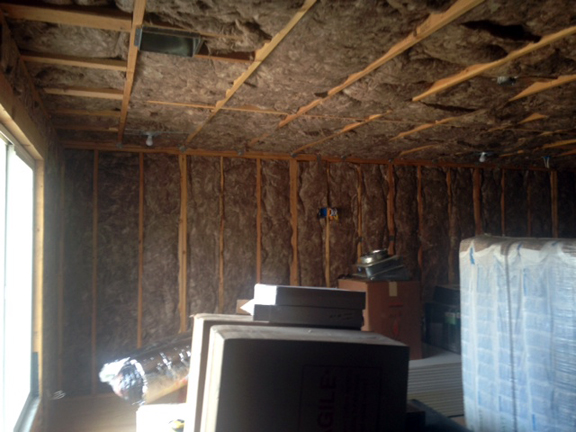 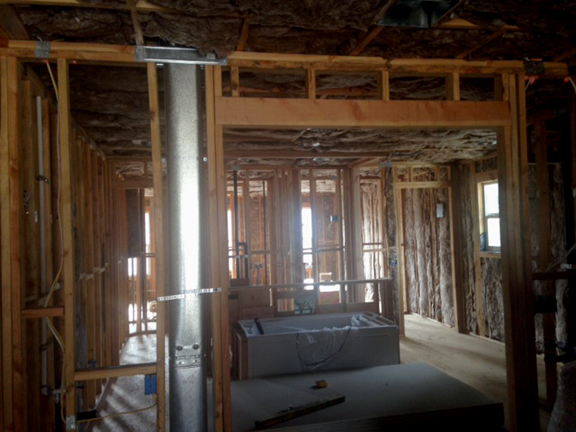 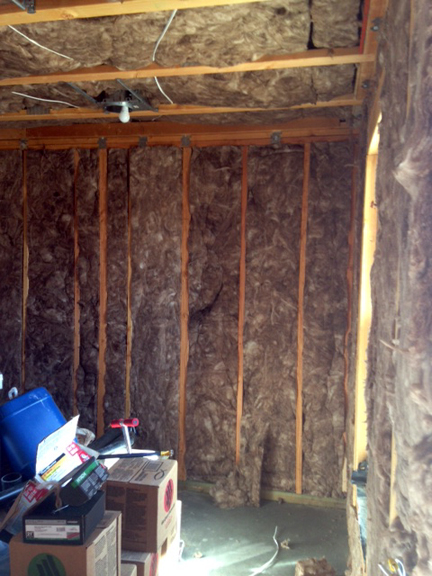 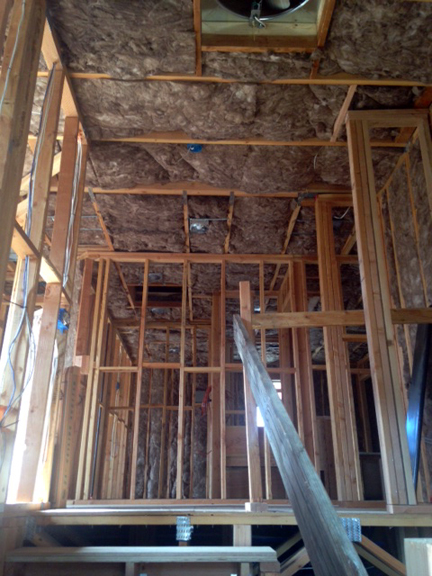 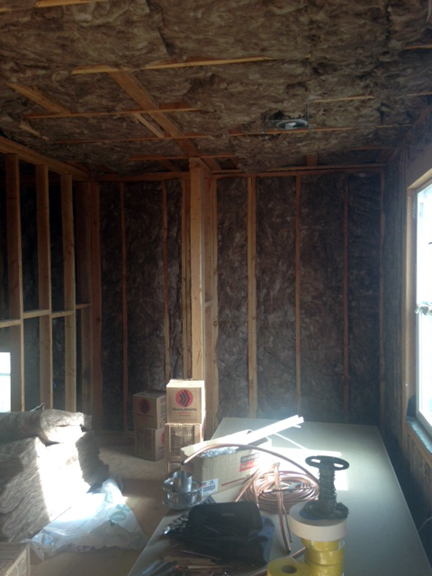