The first day of demolition, or D-day as Mike has casually been referring to it, a.k.a. the true beginning of our possible demise, is tentatively set for this Tuesday, July 23rd. I know what you’re thinking, it’s been like two weeks and we’ve done nothing. Well, we’ve done some stuff, we started packing and we paid a ton of fees…that felt like a lot. Plus, we also enjoyed some family and friends time before taking the plunge into this deep hole.

Enough with the excuses, basically we are freaking the f out. This is huge people. HUGE. We are taking the roof off of our freaking house! It’s like cutting into the biggest cake you’ve ever cut into, where the heck do you put the knife?

This is my kitchen, it’s messy. I. don’t. care. This is the cleanest you will see it for the next several months. This doesn’t bother me one bit. I’m over it. In fact, not having to keep everything neat/tidy/clean allthetime feels pretty liberating. 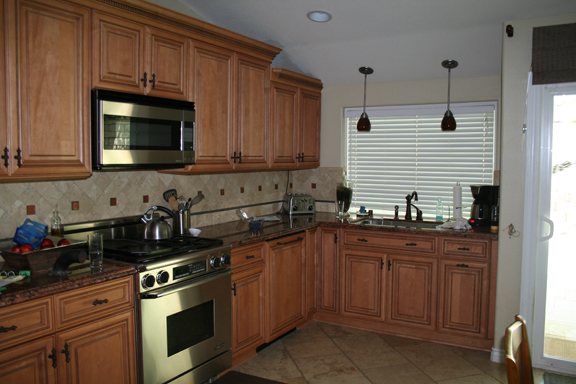 Take another look at my kitchen and focus in on that red arrow.
If you’re colorblind you won’t be able to see this, I’m sorry . 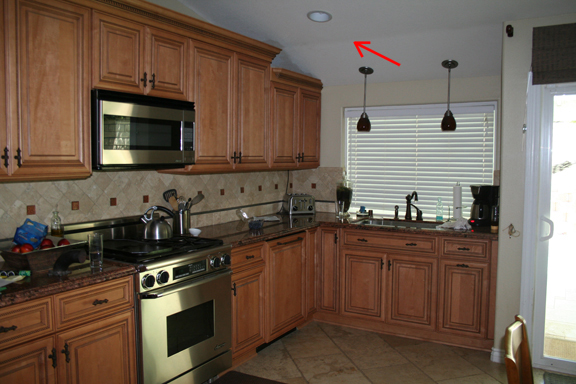 That little shadow is not a not a bad lighting issue or a crack in my lens or any other excuse you may help me come up with.

That little shadow represents the bain of my existence right now.

That represents the absolute ignorance of the diy’s.

At some point, waaaaay before Mike and I lived in this house (because we’d like to think we would never have done such a thing and I’d like to think you wouldn’t either). A previous owner decided they didn’t like the beam that used to be there and they cut it out.

I think they used a steak knife. 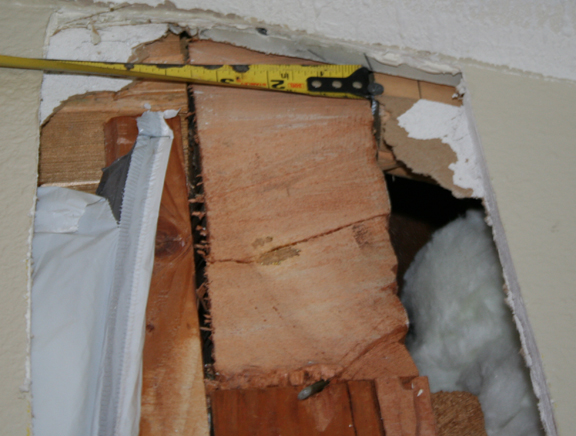 See that sawed off piece of wood, that’s the remnants of a structural beam. I wasn’t joking when I said they used a steak knife. Look at those jagged edges, what was that a chisel? 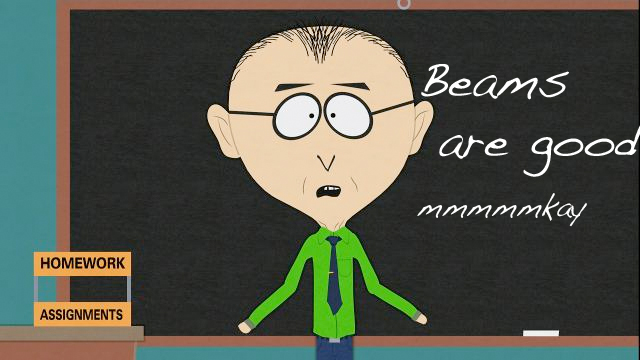 It spanned from wall to wall, where the cabinets are to the header above the sliding glass door. It dipped into the kitchen by a measly 10″ can you say shoulda been a soffit or a nice exposed beam?

If that’s the only surprise we find during this massive endeavor I think I’ll survive. We have to pull that stump out and put in a new beam because 1. The roof is unsupported, did you happen to notice the cracking in the beam and the 2×6 under the beam? No? Scroll up, it’s there. Imagine another Northridge quake…I predict a much bigger hole than the one we made. And 2. The new second floor connects to a girder truss that happens to rest on that beam.

So, what do you think? Are there any previous edits made in your house that make you shake your head? 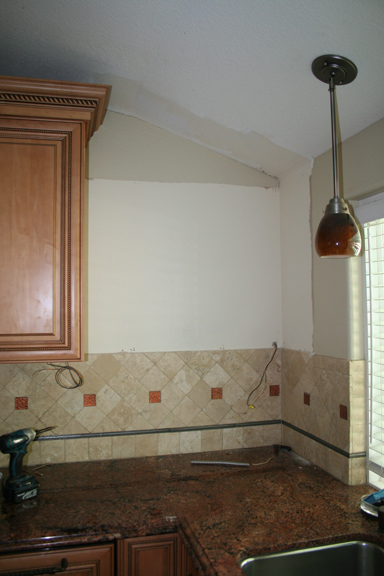 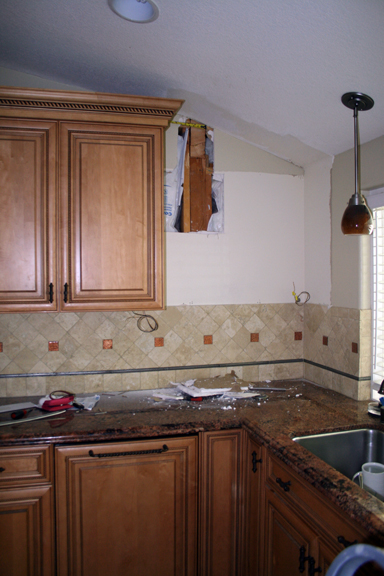