The last two weeks kinda got away from me between all the kids activities, my work life, and getting this bathroom done that I didn’t make it around to the blog to post. But I can assure you, we made some great progress.

Tiling on cement board is harder than on Kerdi

I think the biggest hurdle I had with the bathroom this week was definitely tiling the scallop tile on the ledge wall behind the sinks. I used cement board instead of Kerdi (because it’s cheaper and I don’t need waterproofing there just water resistance) and let me tell you….I wish I could have just used Kerdi. The thinset (even though I used modified thinset) dries really quickly on the wall, so the tiles slip around and then dry where they shouldn’t and when you go back to adjust them it’s too difficult. I had to take a couple of sheets down and start over when I realized this. But, once I got passed the learning curve it still took forever because of all of the pipes.

Mike came home halfway through my struggle and helped do part of the wall with me so we could be done. Tiling around three sink supplies and three sink drains with an irregularly shaped tile is no joke. In the end, I was really only unhappy with one of the tiles, most of them will be hidden behind a sink.

I fixed it before we grouted though. Did you know you can do that? If you ever get a tile in that you hate you can just break it out or pop it out, clean the dried thinset from the tile and the area and put it back in with fresh thinset.

After the sink ledge wall was tiled we tiled the shower floor tile, then the rest of the scallop on the shower ledge wall.

Once the walls were tiled it was time to grout. I used a premixed grout made by Mapei for the walls. It isn’t cement based (so no efflorescence) and is 99% stain resistant. This was really important for the white grout lines in the scallop tiles. I try to avoid using white because it can yellow over time and stain. But this grout claims it won’t do either of those things. It also doesn’t need to be sealed. Ever.

I had to wait for the scallop grout to dry overnight before I could do the marble grout color because I was using a different color on those tiles.

After tile it was time to focus on the drywall

The next few days were spent demoing the bullnose drywall corners around the arch and installing 90 degree edging. I want nice, crisp edges for my trim to sit against.

Mike also talked me in to skim coating the walls smooth wherever I planned to hang wallpaper so that the orange peel wouldn’t telegraph through the paper. The wallpaper is very thick and I’m not convinced it would show that much but…whatever, it’s the right way to do it and I was mudding the archway and all the holes we patched anyways.

And that’s our Week 5 and 6 recap. The challenge is usually only 6 weeks and this Fall it’s actually 8 weeks and you won’t hear me complaining about the extra couple of weeks we get to finish the project. By next week we should be seeing an almost completed bathroom.

Thank’s for following along on my Fall 2021 ORC progress. Follow along with the others here. And check out the featured designer’s progress here.

Special thanks to Better Homes and Gardens for being the media sponsor of the event. All our sponsors who keep this challenge going and to Linda who created the One Room Challenge and continues to bring it all together. 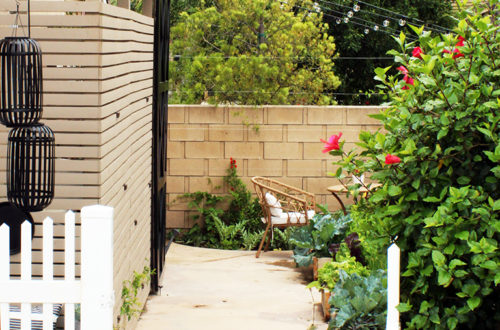 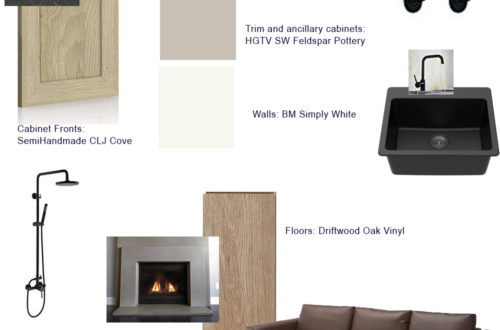 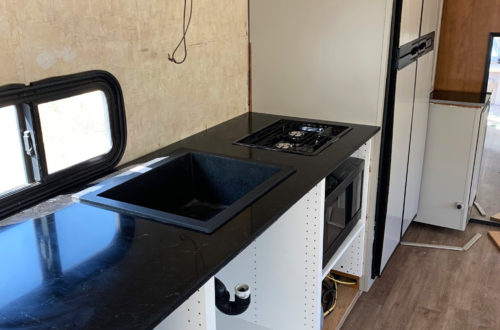 Week 3 of the Fall ORC